A four-foot layer of trash and old passport: in Russia people haven’t left the house since the collapse of the Soviet Union 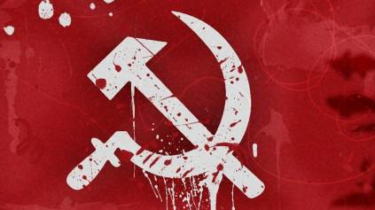 In St. Petersburg bailiffs found the man, who had not left the apartment since the collapse of the Soviet Union.

Bailiffs came to an elderly couple to fulfill a court decision on their eviction from social housing. It turned out that the old woman suffers from mental illness and regularly brings home trash from the street. The result is floor one bedroom apartment in the house covered with a layer of debris 1.5 meters thick.

When officers got to the apartment, among the piles of garbage they saw a gaunt man of advanced age. It turned out that he had not left the apartment since the collapse of the Soviet Union. My husband was only the passport of the USSR. The man was immediately sent to the hospital, and the woman was taken to a psychiatric clinic.

We will remind that earlier in Poltava 74-year-old grandfather covered it up with rubbish in his flat. There husband for years down the trash and turned housing into a real dump. Release Poltava “Elijah” out of a jam had police and rescue workers.