You can watch forever. As in the Network laugh at the beating of the Russian journalist on the Day of airborne 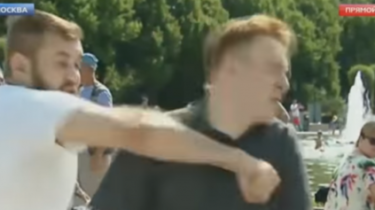 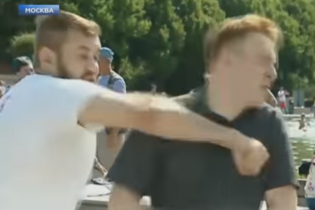 Social media users laugh at the live broadcast of the Russian TV channel NTV, during which live correspondent hit the man in the t-shirt “Stronghold”.

Journalist Nikita, Leonid Razvozzhayev was filming a story about the celebration of day of airborne troops. Suddenly he was approached by a man. “My country, bitch fucking, Ukraine grab fucking”, he said.

The reporter asked him to shut up and he punched a member of the channel punched in the face.

The plot of Russian agents in the Network met with jokes and kouba. Users write that the beating of the correspondent “oplotovets” you can watch forever, and the initiator of the fight was called the representative of “elite Russian troops.”

Nobody but them: the Day of the airborne troops in one image pic.twitter.com/7ByCpR5T5Q