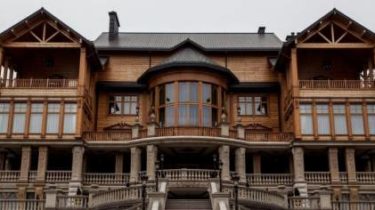 Kyiv court of appeal decided to terminate the contract according to which the residence “Mezhyhiria” was derived from state ownership.

This was announced on his page on Facebook, the Prosecutor General Yuri Lutsenko.

“The Kyiv economic court of appeal by the public Prosecutor of Kiev 1/08 decided to invalidate the contracts for which the governmental residence “Mezhyhirya” retired in 2007 from state ownership”, – he wrote.

According to the public Prosecutor, the next step will be a judicial determination of the responsibility deprived the title of President of Ukraine Viktor Yanukovych, former Minister of energy and coal industry Eduard Stavitsky and others “for the illegal transaction of the dictator.”

We will remind, in 2007, by order of the Ministry of environment as “the surgeon” was transferred to the management of the NJSC “Nadra Ukrayny”, which was controlled by then-Prime Minister Yanukovych.

In turn, the national company using barter agreement gave the state the limited liability company “Medinvesttreyd” which in return got two dilapidated houses on Parkovaya road in Kiev, and the Cabinet later gave them to the State administration, better known as darling.

After this “Mezhyhiria” sold to a private company “Tantalite”, which is associated with the Yanukovych family.

At the moment the company “Tantalite” owns 100 acres of residence, and 22 acres, this company rented for 49 years. The Prosecutor General’s office now disputes the right of ownership and lease.

Earlier the GPU was rated “Mezhyhiria” in 10 billion hryvnia. The amount is not final – part of the property still need to calculate correctly.

Note, the Pechersky district court of Kiev made the decision on detention deprived the title of President of Ukraine Viktor Yanukovych. A petition to the court sent the Department of special investigations of the Prosecutor General of Ukraine. The decision was made in the investigation proceedings on misappropriation of the residence “Mezhyhiria.”