Without Cass and tokens: in the KSCA called the next metro station, which automatiseret 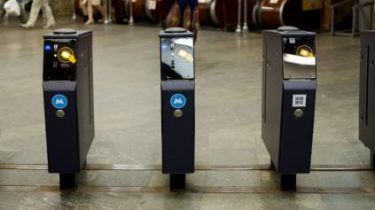 The following smart-stations of the Moscow metro, which will bankswill become “University”, “Friendship of peoples”, “Lybidska” and “Polytechnic Institute”.

In Kiev, plans to open a new subway station

“You yourself have made reservation in a few clicks. At the same time, our employees will no longer make a routine which easy to cope with automation. They will apply their knowledge to solve non-standard situations and provide advice,” – said the head of KP “Kiev metro” Victor Bragin.

He also added that specialists are working on online completion of travel tickets and mobile app metro.

“The new machines metro is a full-service kiosks that can replace cash, more – to be better and faster than her. Whatever you do – buy a single trip or a map, filled up a MetroCard with cash or credit card and even tied the subway fares to your contactless Bank card – all of this you can do without unnecessary steps, to obtain timely hint to reduce almost to zero the possible error,” – said the representative of the organization Igor Sklyarevsky.

We will remind, today in the Metropolitan subway has launched a new mechanism for fare payment at the station “Klovskaya”. Now there are no desks and counters. All types of fare are offered in one kind of machines. A convenient model of the passenger chooses on their own: to purchase a QR ticket or to top up a travel card, to pay by credit card or use cash.