“As tokens”: Kiev has shared his impressions of the new rules of entrance to the station “Klovska” 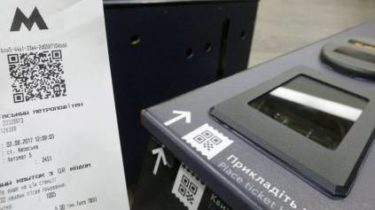 Capital metro has moved to a fully automated system throughput at the station “Klovskaya.” Tokens are not here to buy, others not to, no money to exchange, and is accessible by scanning the QR code, says the story TSN.19:30.

Station “Klovska” – one of the most mysterious in the capital. It is located in the center, but every day does not drop more than 12 million passengers – less than half the rate at other stations. That is why she was chosen for the experiment. In order to buy the right to travel, you must obtain a ticket from the machine. You can pay either by card or cash, but this requires the banknote 5 hryvnia. “On foot will go or be changed,” said one of the passengers who faced the new.

The ticket with the QR code is only valid for 30 minutes from the time of purchase and only at the station “Klovskaya”. Benefit recipients, pensioners and students, as usual. Kiev to innovations little getting used to. “Very progressive” – some say. “I’m used to tokens, wish tokens back”, say others. “Of course. As a small token work” – describes the essence of the new document another one from Kiev.

Officials claim that this is the first step to full perevedennye of the entire Metropolitan transport electronic ticket. In plans – creation of a unified system, which will be convenient for passengers, and the monitoring of its effectiveness. However, it will be possible not earlier than in 2018. 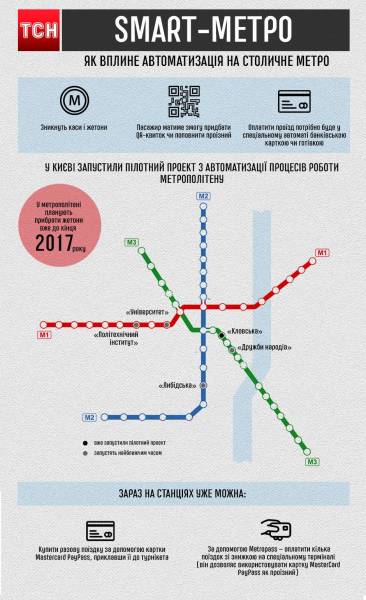