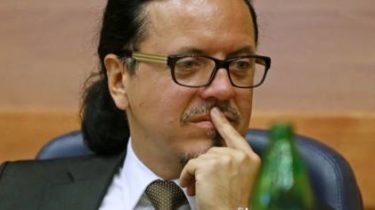 Financial statements of “Ukrzaliznytsya” demonstrates the deterioration of financial indicators.

This was stated by the Minister of infrastructure Vladimir Omelian on his page in Facebook.

In particular, Omeljan wanted to refute the information regarding the numbers that have called the Chairman of the Board of PJSC “Ukrzaliznytsia” Wojciech Balczun .

Omeljan hopes for the dismissal of Balcona in August

The Minister of infrastructure noted that the correct analysis of the net profit of “Ukrzaliznytsia” for the first half of 2017 And the first half of 2016, requires the exclusion of the influence of exchange rate differences, the decrease in 2017 depreciation expenses, transfer, capital repairs of fixed assets at cost on capital investments, the impact of indexation of tariffs for cargo transportation.

He also added that it is not the best situation with the volume of traffic and quality characteristics of the use of cars and locomotives.

The Minister called for the immediate appointment of a new professional management “Ukrzaliznytsi”.

Always knew that when we sit down to play poker (corrects to “rocker”) with Schuler, you have to look carefully at their hands…

We will remind, earlier the head of the Board of PJSC “Ukrzaliznytsia” Wojciech Balcon told me that during the first five months of 2017 Ukrzaliznytsia has got UAH 100 million net profit the financial result compared with the previous year improved by 1 billion UAH.