The Deputy head of the NACP prosecuted for corruption 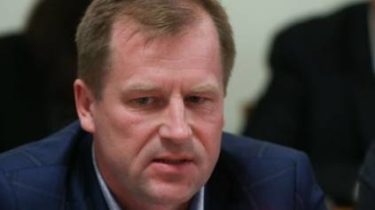 Dniprovskiy district court of Kiev made the decision to fine the Deputy of the Chairman of the NACP Ruslan Radetsky for a corruption offense.

This was announced by the Department of protection of economy of the National police of Ukraine on his page in Facebook.

“Deputy Chairman of the NACP Radetzky R. S. brought to administrative responsibility for committing corruption offences: a fine of 6800 UAH”, – stated in the message.

As noted, the case was initiated under article about the failure to notify and act in a real conflict of interest.

Recall that the national Agency has been widely criticized as inappropriate operation of the registry for declarations that at the end of the deadline for reporting was not working for several days. On the eve of the deadline, April 1, when should be registered with all the electronic declarations of officials, the system again failed. Prime Minister of Ukraine Volodymyr Groysman called on the head of the NACP Natalia Korchak and other members of the Agency to resign. In turn, Korczak declared that is not going to resign.