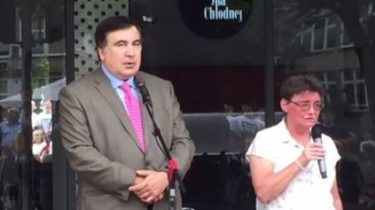 Former President of Georgia Mikheil Saakashvili, who was recently stripped of Ukrainian citizenship, arrived in Poland to celebrate the 73rd anniversary of the Warsaw uprising.

It is reported by the Polish edition of Telewizja Republika, which published on its YouTube channel a video with his statement.

Saakashvili began his speech in Polish, then switched to English. During his speech, the politician touched upon the cooperation of Georgia and Poland, and also spoke about Ukraine.

It is unknown what the policy document arrived in the country. In a press-service, Saakashvili has not yet commented on his visit.

Saakashvili himself said that it wants to make to refugee status, but he is going to pursue “legal right to return to Ukraine”.

“Changed the locks, threw things out the window.” What Saakashvili said about the deprivation of citizenship of Ukraine