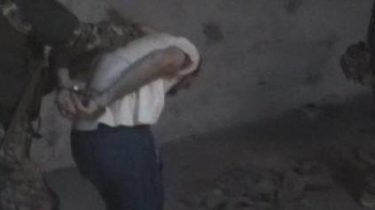 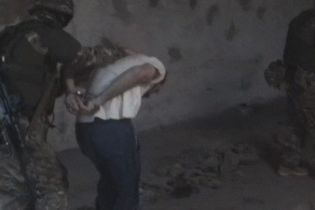 In the Luhansk region the SBU detained the fighter of one of illegal armed formations terrorist “LNR”.

The resident of Lugansk were found in a nearby line of villages, where he was hiding.

The gunman escaped from his terrorist group because of systematic abuse from the leaders. So, the commanders of drunk violent to subordinates.

Man 2014 was part of gangs and took an active part in clashes with the ATO forces.

To the detainee it is declared suspicion, urgent investigative actions.

Recall that in Ukraine will be judged in absentia of action, which in “DNR” was replaced by “Motorola”. A former accomplice “Motorola”, and now the commander of the reconnaissance battalion “Sparta” terrorist organization “DNR” Vladimir Chinese official also in the Donetsk region will be tried in absentia.

It is established that in April 2014, the 24-year-old native of Donetsk voluntarily joined the terrorist organization “DNR”, namely its departments of the power unit, which was stationed on the territory of Slavyansk and Slavic area.

In the future, after the creation in August as part of the illegal armed formation “reconnaissance battalion “Sparta”, which was headed by the citizen of the Russian Federation Pavlov A. S. (call sign “Motorola”), a man on his own initiative, for ideological and selfish motives, entered into the composition of this battalion, selecting Callsign “Vaughan”, and took the position of Deputy commander of the battalion.