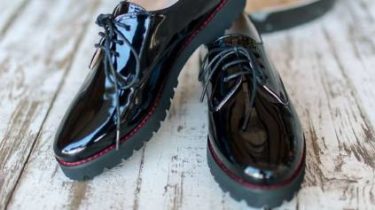 It is reported LIGA.net with reference to three sources: the Director of the shopping centre, the property consultant and the head of a large trading network.

Made in Ukraine: whom clothes and shoes Ukraine in the world. Infographics

“One of our shopping centers received a letter of termination of the lease agreement from October,” confirmed commercial Director of development company Bud house Group Maxim Gavryushin. One of the employees confirmed the closure plans and added that the network can sell. Another confirmation of the spam-sending of SMS, which referred to large-scale sales in connection with the closing, the newspaper notes.

Kari – the largest Russian Shoe network, founded in 2012 by businessman Igor Yakovlev, who also founded the network of shops of home appliances and electronics “Eldorado”. But subsequently sold it to the Russian part of the business to the Czech Fund PPF Group, and the Ukrainian businessman Viktor Polishchuk.

In Ukraine, Kari manages a network of 26 shops in Kiev, Kharkov, Odessa, Lviv and other major cities. The owner of brown Ukraine, according to the Unified register of legal entities and physical persons – Cyprus offshore Roundhill Management limited, ultimate beneficiary is Igor Yakovlev, the newspaper writes.

We will remind, in April 2016, it was reported that the boycott of Ukrainian goods and sanctions of the government has led to the fact that official imports from Russia decreased by 90%.