In Kiev allowed to swim on six beaches 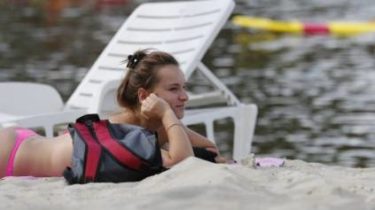 In Kiev lifted a ban to swim in the six beaches.

About it reported a press-service KP “Pleso” on his page in Facebook.

As noted, on the beaches of the “Children”, “Venice”, “Youth”, “Gold” and “Predmetna Slobidka” put up a green flag, which means that they can swim safely.

At the same time on the beach “Centoroy” is open for swimming on Wednesday, August 2, from today, flying the yellow flag, which warns visitors that swimming is not recommended.

Earlier, swimming was also opened Metropolitan beach “Pushcha-Voditsa”, where hung a green permissive flag. In addition, the utility is not encouraged to swim at the beach “Palm”. On other beaches swimming is prohibited.