In Kiev on the site of the collapsed soil. 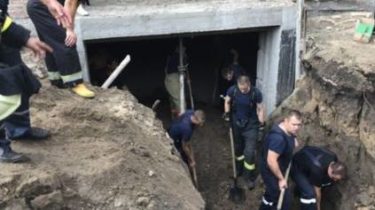 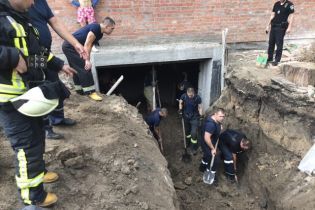 On Friday, August 4, at the construction site on Avenue Goloseevsky, 118-B, in Kiev, there was the collapse of the soil, is lost.

The incident occurred during digging sharp-works.

The place was called the rescue service and 11:20 the body of a man born in 1973 was taken out of the ground.

Employees of the ambulance pronounced him dead.

The reasons and circumstances of tragedy are found out by law enforcement agencies.

In Mariupol, directly in the shop of the steel plant collapsed ceiling, killing three people

We will remind, in a building of Kiev collapsed ceiling. The explosion of a residential building in goloseyevsky district of Kiev there arrived rescuers, ambulances and police. The police reported that the cause of the explosion, according to preliminary data, household gas.