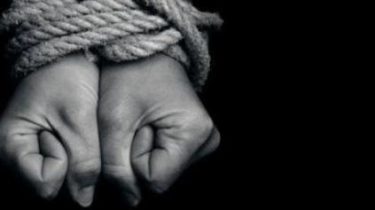 Lugansk region Prosecutor’s office performs procedural management in the recruitment and movement in Russia three girls (one of whom is a minor) with the purpose of sexual exploitation.

This is stated in the press service of the Prosecutor’s office.

In particular, a resident of the Luhansk region were recruited in the region of women for further sexual exploitation in Russia.

Before, during attempts to smuggle the girls into the neighboring country, the woman was detained by employees of management on fight against human trafficking the General police Department in the Luhansk region.

Now the question on notice to a person of suspicion and the election of a preventive measure in the form of detention.

In Kiev almost a week of minors held in sexual slavery, and forced prostitution

We will remind, in the Luhansk region detained the men who sent girls into sex-slaves to Russia. “One of the criminals was found with two girls, one of whom is a minor, and proposed work associated with the provision of sexual services for remuneration in the territory of the Russian Federation”, – stated in the message.

With the aim of implementing a joint criminal intent the second participant of the illegal scheme the bus made a move of the specified persons for the purpose of sexual exploitation. However, illegal actions were stopped by the staff GUNP in the Luhansk region.