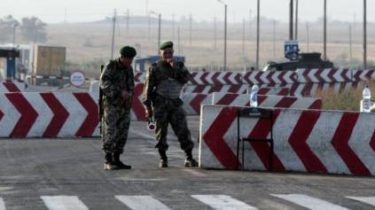 The Verkhovna Rada registered a draft law according to which for illegal entry into Ukraine propose to jail for 3-8 years.

The corresponding bill was registered in Parliament the Chairman of the faction “Block of Petro Poroshenko” Arthur Gerasimov and President’s representative in Parliament Iryna Lutsenko.

For such actions it is proposed to sentence to three years imprisonment.

Besides, for repeated Commission of such acts or Commission by a group of persons of criminals can be imprisoned from 3 to 5 years, and such act with a weapon will be punished from 5 to 8 years in prison.

Note, currently for trespassing on the territory of Ukraine of representatives of the aggressor state is provided only administrative responsibility.

We will remind, earlier in Kherson region detained two guards of the Russian FSB. According to detainees, they allegedly played the role of infiltrators during the exercise, but have strayed from the path.