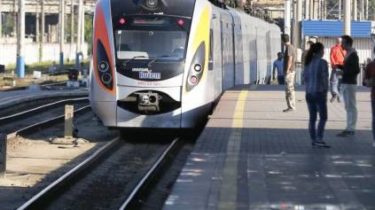 About this on his page in Facebook said the Minister of infrastructure Vladimir Omelian.

According to him, the court recognized illegal actions of the Ministry of economic development in the preparation and submission to the Government the project of the specified decision.

“The court has found numerous violations of the law, in particular the disagreement of the draft resolution with the concerned authorities, lack of legal expertise of the Ministry of justice. In addition, the project was not discussed at the meeting of the Cabinet Committee and was not included in the agenda of the next meeting of the Cabinet of Ministers”, – wrote Omelian.

According to the Minister, the court recognized the exclusive right of the Ministry of Infrastructure to develop draft laws on amendments to the Charter of the Railways, as the Ministry whose competence in such matters is dominant.

“After the entry into force of such court decision, “Ukrzaliznytsya” return home,” wrote Vladimir Omelian.

We will remind, in January of this year, the Ministry of infrastructure of Ukraine was deprived of the right to control “Ukrzaliznytsya”. The corresponding changes in articles of Association made by the Cabinet of Ministers at an extraordinary meeting. The proposal to amend the Charter of the “Ukrzaliznytsia” has carried the economic development Minister, Deputy Prime Minister Stepan Kubiv. The decision was made, Kubovy allegedly at the request of the Prime Minister Volodymyr Groysman and without the consent of the Minister of infrastructure Volodymyr Omelyan.

The Cabinet also approved a new Charter of “Ukrzaliznytsya”. About its nuances read on TSN.ia this link.

Ukr/En #Genius first, I wanted to Express my sincere gratitude to the Prosecutor General of Ukraine Yuriy Lutsenko on his derzhavnist…