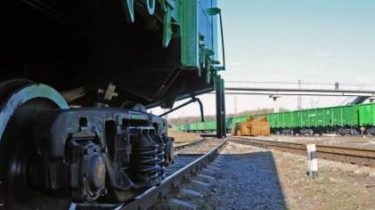 “Uz” pass thousand of gondola cars, arrested after large-scale searches in the companies, which has the involvement of former Minister of revenues and duties Oleksandr Klymenko.

This was stated by the chief military Prosecutor of Ukraine Anatoly Matios during a joint briefing with the Chairman of the Board of PJSC “Ukrzaliznytsia” Wojciech Balkonom.

“To prevent the manifestation of any corruption risks on the part of representatives of the state during storage of the seized property, so that it is not spoiled and worked for the good of the people of Ukraine and with the purpose of providing additional revenues to the state budget we pass for the decision of the court of a thousand wagons “Ukrzaliznytsia”, – he stressed.

Also Matios said that over a thousand railway wagons cost about $ 40 million.

“The average market price of railway gondola cars, and they are almost all new, for one unit is 40 thousand USD,” – said the military Prosecutor.

According to him, according to preliminary calculations by the experts, Klimenko for 2013-2017 years, only due to the exploitation, use and lease these cars, got through his subordinates and agents, as well as through the company “unison” profit amounting to approximately 400 million hryvnias.

“These cars will not be idle. And it is expected that the annual income from the operation of the 1000 cars that were bought with stolen from the Ukrainians money, will be to bring the state budget about 150 million UAH a year”, – said Matios.

We will remind, earlier in Kiev searched one of the largest shopping and office centers in the city. A key structure is a group of companies “unison” according to military Prosecutor Anatoly Matios, Klimenko legalized stolen billions of dollars. The company now has 100 luxury apartments and 5 houses, offices, land plots, and dozens of high-performance cars, 1000 cars and four floors of the shopping center “Gulliver”. In addition, part of these funds went to Finance of the Media holding “Vesti” and on the security company “SKIF”, which, according to security officials, all the while putting pressure on the investigators.

On July 14 the security forces in several areas simultaneously carried out searches and seize documents and computers, firms that associate with the dignitaries of the era of Viktor Yanukovych. Law enforcement authorities reported the seizure of property related businesses with the ex-Minister of incomes and fees Oleksandr Klymenko.