Dogs on the waves. In California staged a fun surfing competition for animals 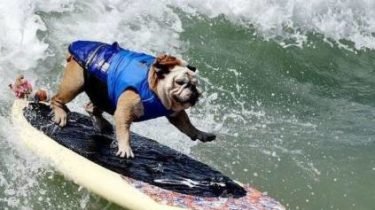 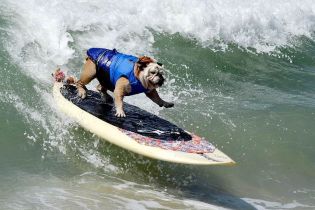 Catch a wave four feet – in California staged a surfing championship for dogs. This is stated in the story TSN.

This is the second such tournament being man’s best friend again prove that they are ready to throw their masters, and in cold water.

The temperature on race day did not rise above 21 degrees Celsius, but this did not prevent athletes from performing. And all for the noble goal – the money raised during the tournament will go to charity.