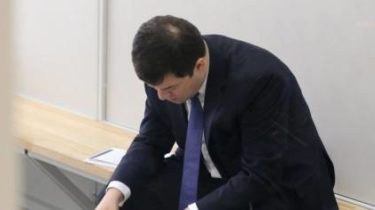 The court decided to seize all the real estate discharged of the Chairman of the fiscal service of the Roman Nasirov.

This is with reference to his lawyer Alexander Lysak write “Ukrainian news”.

“He has arrested all the property, including that which was taken”, – said Lysak.

In addition, the lawyer Nasirov said that he was arrested existing in the state register of real estate.

Separately Lysak noted that the removal of the head of the SFS no longer is exploring the possibility of getting permission to go for treatment in the US through court after he was twice denied this.

The Solomensky district court of Kiev made the decision to extend the measure Novel Nasirova for 2 months. Protection Nasirov, however, asked to soften the constraints and to give him permission to move freely and travel abroad.