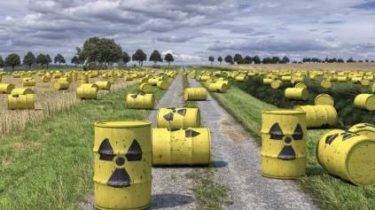 The announcement published in the newspaper “Vedomosti privatizatsii”, reports “Interfax-Ukraine”.

The state property Fund of Ukraine appointed on 30 August, the auction for the privatization of 33.3% stake in the production. The starting price of shares is 921 thousand UAH applications for participation in competition are accepted until August 22.

As noted, “Joint Ukrainian-Kazakhstan-Russian enterprise on nuclear fuel production” was established in late 2001 with the aim of developing cooperative ties between the enterprises of nuclear-industrial complexes of Ukraine, Kazakhstan and Russia.

We will remind, Ukraine plans to increase the share of U.S. suppliers of nuclear fuel.

“Energy security lies in the question of nuclear power. Here we are significantly increasing… share of the us suppliers of nuclear fuel of Westinghouse in Ukraine. I hope that we will be able to make it to 55%,” – said Poroshenko.

According to the President, Ukraine has also continued the construction of a centralized repository to be spent nuclear fuel from Ukrainian nuclear power plants.