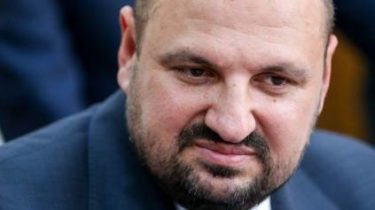 Agent of the National anti-corruption Bureau Catherine and the defendant in the amber case, the MP Boryslav Rozenblat long time has maintained friendly relations.

The MP said in an interview to “the Ukrainian news”.

“She (the agent NABS Catherine – approx.ed.) with me really was in close friendly relations. Our communication continued throughout the year,” said Rosenblatt.

According to him, the woman often came to him, and even went to children in Zhytomyr orphanage to give gifts. Rosenblatt also said that he trusted this woman and he had no idea that she is an agent of the NEB.

We will note, earlier in mass media appeared information that the agent Rosenblatt and Catherine were in an intimate relationship.

In turn, the MP neither denied nor confirmed this information.

“Let this be a question of Specialized anti-corruption Prosecutor’s office, the NAB and all the others. What is it and how it was – it is a matter of investigation,” said Rosenblatt.

We will remind, in June the NEB opened the scheme for the extraction of amber, which involved the people’s deputies Rosenblatt and Poles. Under the guise of reclamation of Zhytomyr region planned actual amber extraction and subsequent implementation through an offshore company where the founder was the sister of Rosenblatt.

The amount of bribes received in the said case is more than 300 thousand hryvnias. June 19, detectives of the National anti-corruption Bureau of Ukraine detained the security guard of the people’s Deputy from BPP Borislav Rosenblatt during receiving a bribe of 200 thousand dollars. Allowed to attract Polyakov and Rosenblatt to justice.

The court ordered the Rosenblatt Deposit in the amount of 7 million UAH, to pass passport and wear an electronic bracelet, banning without the knowledge of the investigators to travel to other cities, except for Kyiv and Zhytomyr. Before Rosenblatt promised to surrender the passport, if it is the sanction of the court.