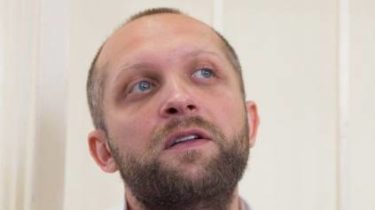 Solomenskiy district court of Kyiv seized property, car BMW X5, the watch and money of the defendant in the amber case, the people’s Deputy Maxim Polyakov.

This is with reference to one of the prosecutors of the Specialized anti-corruption Prosecutor’s office reported “Ukrainian news”.

“The court seized only on the part of his property. As far as I remember, arrested, car, money, his whole property in accordance with the Declaration and registry of property rights,” he said.

At the same time, according to the Prosecutor of SAP, the court refused to arrest the property, under common ownership and belonging Polyakov only partially.

July 21, Solomensky regional court of Kiev chose a measure of restraint to the Deputy Polyakov – 304 thousand bail and ordered to wear an electronic bracelet. Also the Poles should surrender passport and not to leave Kiev and Uman without coordination with the investigation. July 25 Poles still made a Deposit.

On the eve of the people’s Deputy accused of NABOO in the illegal wiretapping of officials and the surveillance of movement.