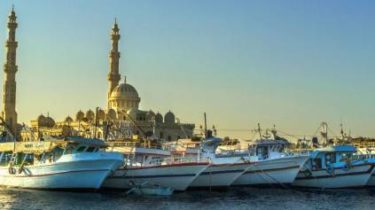 The desire to have a rest cheaply in Egypt played a cruel joke with the people of Kiev. The coveted journey turned into attempts to regain the money and punish the crooks, says the story TSN.19:30.

One of the victims shows how much money listed for a family vacation in Egypt, 18.8 thousand. “The vouchers I bought for two kids and mom,” – said Julia Magay. The woman responded to the call classmate to get a cheap tours – $ 200 per adult. According to legend, such an attractive price provided only to the members of the club, so I got another 150 UAH membership fee. When the time came to leave, it turned out that the holiday’s off.

Ekaterina Timchenko, a mother of seven children. She says that in the Scam with a ticket she became an intermediary between the Scam and defrauded customers. She remembers how her friend Dmitry Gonchar, offered cheap holiday. “He’s a former Opera. Said budget permits, my wife works in the hospital, and she can do a hundred. But what about the closed mouth, not a lot about this-who knows. And I say, no one not speak – only to her” – from Kiev says.

Among their friends and relatives gathered more than 20 families. “Give me the money. And that’s all. I passed”, – says Ekaterina. The rest got only she and her husband and children. That not go the other then the pregnant woman learned only at sea. “When we found out that I got into such fraudulent scheme and became her helper, something I didn’t eat, didn’t drink, I just cried in the room,” she says. Dimitri then said, what happened force majeure, and to return the money he’s not. And wrote a statement to the police that his life was threatened by unknown persons.