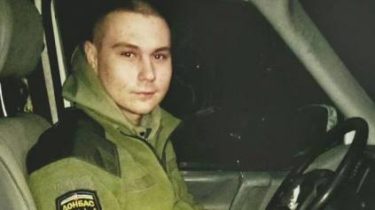 August 7 in the area of Marinka from a sniper’s bullet killed Ukrainian soldier Vladimir Salik.

About this on his page in Facebook reported the press service of Pustomytovskiy the district administration.

21-year-old Vladimir, a native of the town of Pustomyty of Lviv region. He was called up for military service under contract in October 2014.

Salik served in a separate battalion of special purpose “Donbass-Ukraine”. The title of the soldiers, the position of the driver.

Survived by parents and younger brother.

We will remind, on Tuesday, August 8, at about 4 in the morning the militants began shelling of Ukrainian fortifications near Marinka. In response to the forces of ATO took out the enemy heavy fire. During this confrontation one of the arms broke down and burst. As a result of this tragic incident , two Ukrainian soldiers were killed and five injured. The police investigate the incident.