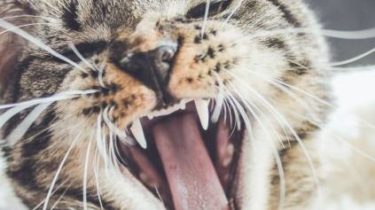 In the suburbs of Adelaide Hillcrest antics of the cat led to the firethat caused the owners of the house damage in the amount of $ 40 000.

This was reported by “The Guardian”.

On Tuesday evening, passers-by heard a smoke alarm coming from the house and called the firefighters who extinguished the fire.

Ukrainians suffered during a fire in a Turkish hotel

Central fire Department deny that the stove was faulty or accidentally left on.

The cat was the only being that remained at home. Service representatives suggested that pet jumped on a ceramic plate and pressed to the burner. Then the fire spread to a box of cereal that stood on the kitchen bench and then on the ceiling.

The animal was not injured, but the owners of the house suffered damages in the amount of $ 40 000.

Earlier it was reported that on the night of August 4 in Dubai burned one of the highest skyscrapers in the world – Torch Tower (also known as “the tower “the Torch”). The UAE government has promised to provide housing for fire victims.