In Kiev the man tried to cross the river, but got stuck on an island in the river 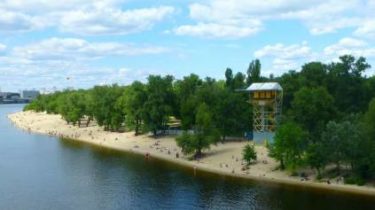 Tuesday, August 8 at 21:07 became aware of the fact that in the middle of the Dnieper river near the island “Landowski” in Obolon district of the capital is 25-year-old man.

At the scene sent rescue part rescue on water objects.

The arrived divers-rescuers have found that the surface of the water men there. In turn, the witnesses said that he swam to the island.

It was later revealed that the guy was trying to cross the river, but did not have enough forces, and he came to the island. Rescuers found the man with a boat took him to shore.

From medical care the man refused.

Recall fromkrainets fell asleep on the trampoline on the beach and woke up Kherson region near the Crimea. In the occupied Crimea saved the citizen of Ukraine, who for three days was in the open sea on an inflatable trampoline. This was reported by the press service of border Department of the FSB of Russia, RIA Novosti reported.

Man found in Karkinitsky Gulf (West of the Peninsula) on Saturday, but the incident became known only on Tuesday.

Border patrol boat found a guy on an inflatable trampoline.