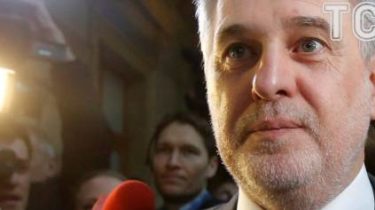 On Tuesday the press service of the anti-corruption Bureau.

The Department has achieved recognition invalid transactions between PJSC “Nitrogen”, which belongs to the Ukrainian oligarch Dmitry Firtash, and JSC “Cherkassyoblenergo”, according to which the state suffered damage in 57 million.

The deal between the companies was concluded in April 2016. On the basis of “Nitrogen” in December 2015 – January 2016 to avoid paying for the consumed electricity.

On this fact the NAB has opened a criminal case in which filed a lawsuit to invalidate this transaction, which became the legal basis for committing the crime.

The courts of first and appellate court approved the claim of NABOO in full, and on August 3 the final word in this case told the Supreme economic court of Ukraine, leaving the decision to the courts of the previous instances without changes.

In execution of a judgment of the plant Firtash should list 57 million UAH to the current account with special mode of usage of PJSC “Cherkassyoblenergo”. In the NEB noted that after transfer of these funds will be applied to the algorithm of the wholesale electricity market of Ukraine.