The head of “Ukrzaliznytsya” has filed a letter of resignation 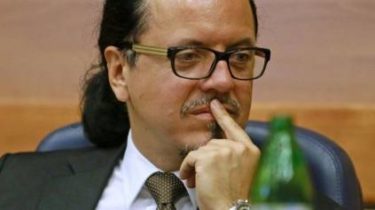 The head of the state “Railways” Wojciech Balczun wrote a letter of resignation.

It must be considered at today’s Cabinet meeting. This was said by Prime Minister Vladimir Groisman.

“He made that decision on their own. I respect that decision. This year – who would not say that – the railroad was held including positive changes. I want to thank him for his work. To say that I understand that he worked in very difficult conditions, this is an extremely difficult undertaking. But it is very important in this business to change not only the leader but to change the system of management independent management independent Supervisory Board”, – said Groisman.

The government is inclined to satisfy the request of Balchune, because today will consider the appointment of the acting head of “Ukrzaliznytsya”.

“We must announce a new competition to find the best candidate for the management of this important enterprise”, – said the Prime Minister.

The main candidate for acting Director – first Deputy Minister of infrastructure and head of the Supervisory Board of “Ukrainian Railways” Evgeny Kravtsov. It was he, before the appointment of Balcona temporarily led by “Ukrzaliznytsya”.

Groysman hopes that Balcon will remain an adviser to the new head of “Ukrzaliznytsya”. And the reason for the dismissal of the resignation of the head of the government called “the personal circumstances of Balcona”.

It was( the most difficult and most important mission in my business life. A country where, before, I was only once. Other corporate gifts…

Recall that in Balcone had a conflict with their direct supervisor – Minister of infrastructure Volodymyr Omelyan. Balcon constantly talking about improving the company, and Omeljan all questioned and talked about loss. Come down to the fact that “Ukrzaliznytsya” had been placed under the direct subordination of the Ministry of Infrastructure.

Earlier Omeljan expressed the hope that as quickly as possible the resignation of Balcona. According to him, on June 5 of this year in Balcone over the term of the contract and it needs to go due to the fact that failed to meet expectations.

In turn, Balcon had declared that, in the case of non-renewal of contract “cream from reforming Railways will assemble another Manager” because “is often the one who takes on this job will not be able to stay in the company until the moment when you see the result.”

Recently Balcon caught Omelyan on incompetence. Balcon believes that statements about the resignation of the leadership of the institution Omeljan covering for their own incompetence and lack of professionalism.

More April 20 Omeljan declared readiness to vote for the resignation of Balcona. According to the Minister of infrastructure, had three candidates for the post of head of “Ukrzaliznytsya”. In particular, among them former railway workers and Western experts, but he did not name names.

Earlier the head of the Ukrainian government, Vladimir Groisman, has publicly supported the head of “Railways” in conflict with the Omelyan.