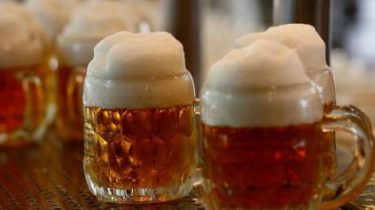 Manufacturers of beer “Klinskoe” and “Stary Melnik” came together in the markets of Ukraine and Russia. Belgian brewing company Anheuser-Busch InBev has signed a contract with Turkish Anadolu Efes to merge their missions. A new company called AB InBev, Efes, its Board of Directors will have equal representation from both companies.

The Executive Director shall be the President of the Russian AB InBev Dmitry Shpakov. This writes Meduza.io. Finally, the merger needs to happen in the first half of 2018. And the new company will become the largest producer of beer in the Russian market. By the end of 2016 leadership remained Carlsberg with almost 34% of the market. The total share of AB InBev and Anadolu Efes amounted to almost 27%. The fourth major player in the Heineken almost 12%.

Note that in 2016 the sale of alcoholic beer in Russia fell by 3.7%, non-alcoholic beer, on the contrary increased by 12%.