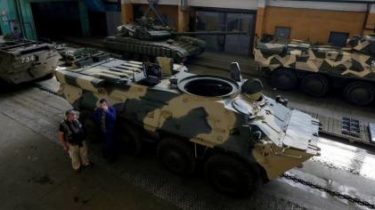 The Cabinet of Ministers terminated the intergovernmental agreement with Russia regarding the establishment of cooperation in the implementation of the export of military goods to third countries.

The decision was taken at a government meeting.

We will remind, in may 2015 the Verkhovna Rada denounced the agreement between the governments of Ukraine and the Russian Federation on the organization of military interstate transportations and settlements for them.

Military-technical cooperation with Russia terminated “Ukroboronprom” in 2014, once with the outbreak of hostilities in the East of the country.