Because of the exorbitant prices, the Ukrainians began to eat less meat 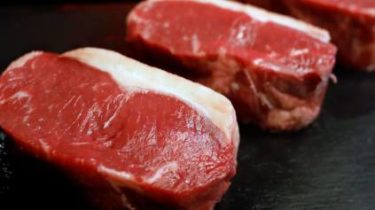 Such data are cited by the State statistics service, says the plot of the program “snidanok z “1+1”.

Videosunu meat will be cheaper

In major Metropolitan supermarket shoppers in the meat Department – no. Veal here – from 120 UAH 140 UAH per kilogram. Pork – from 130 UAH to 150 UAH. Near the market stalls with meat people, but a little bit. Here are the prices by 10-15 UAH below the store. In General, over the past six months the price of meat increased by 20%.

We will remind, in August should be cheaper and other products.