Mail.ru estimated loss on exit of business in Ukraine 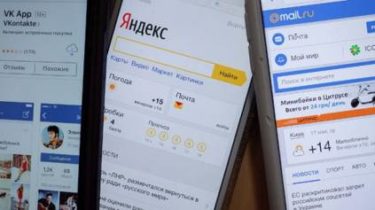 Mail.ru Group estimates the negative effect from the output of a business in Ukraine because of the sanctions of 1.5% of total revenue by year-end 2017.

This was stated by the Chairman of the Board of Directors and co-founder of the group, Dmitry Grishin, writes Interfax.

The effect of blocking Russian social networks: VK dropped out of top sites in the Ukraine, and Facebook entered the top three

“Lock our products in Ukraine in the second quarter had an adverse impact on our revenues; we estimate the effect of the negative impact of 1.5% of the total amount of our revenue in 2017. Despite this, in the other areas of our business are very good,” – said in a statement.

Recall, may 16, the Russian social network “Vkontakte” and “Classmates”, “Yandex” and hundreds of others got to the list of legal entities in respect of which Ukraine has imposed sanctions.

President Petro Poroshenko said that the sanctions that were imposed against Russiamay be revised following a full withdrawal of Russian troops from the territory of Ukraine.