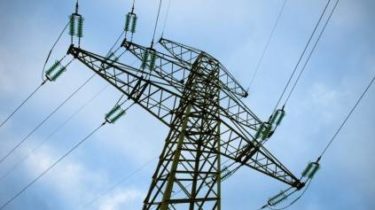 The front of the city Avdeevka and Krasnogorovkawho had previously received electricity lines from the occupied territories, perepodklyuchenie.

This was stated by the head of the Donetsk regional military-civil administration Pavlo zhebrivskyi, reports UKRINFORM.

Now the power from the ORDO get only a few settlements near Gorlovka, which is also planned to reconnect to a government-controlled power network up to Independence Day, August 24.

“Still roughly in the beginning of the year balance of electricity flows on the side, and with our there was for Ukraine -30 mln UAH per month. That is, the so-called “DNR” we have supplied electricity from the City through the town, and we supplied them. We had connected with the side of Krasnogorovka, Avdeevka, Mahmuda, Zhovanka and a number of settlements. Last year we periodicaly Krasnogorovka, this year in April finally completed the reconnection of Avdeevki”, – said the head of the administration.

According to Zhebrivsky, after fire fighters Zhovanka more than a year were without electricity.

“Now we are there and reconnect. And Independence Day for sure, will try and before, connect the Zhovanka, Minutes and Sands to the energy network of the territory controlled by Ukraine”, – he assured.

Recall that in March the power company, olahraga Rinat Akhmetov’s “DTEK” said that not controlling your enterprise in the occupied Donbas after the terrorist “DNR” and “LNR” announced the Directors of the institutions about the need for “re-registration” and the beginning of the physical inventory.