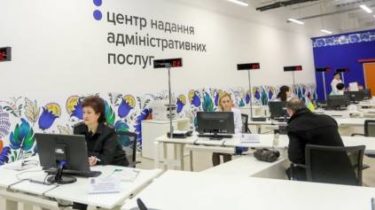 In Kiev, enterprising businessmen decided to take advantage of the hype surrounding the issuance of biometric passports began to sell space in cerami in service centers. For position ahead of the fight with the naive people of Kiev about 300 hryvnia, according to a story TSN.19:30.

The Scam became known after the scandal, which gave the indignant visitors for what others tried to climb ahead of them with the words “we pay for”. It turned out that the deceived citizens have sold e-tickets, which in the centre are given free of charge. Offers scams advertised on the Internet – a bright ad about saving time and no information about who provides the first place in the queue and on what grounds. Contact information no customers appointment near service centers and take their money for the entrance to where the other man goes free.

In the service center even posted the ad that warns about scams, but still every day someone will begin to burst forth with a special pass. Liars in Kiev and Ukraine using biometric hype becomes greater say in the migration service. Not only sell places in the queue, but even trying to slip a fake passport. Hundreds of people get into trouble because of lack of time and trust. For malarstwo the law provides penalties from a fine to 12 years in prison. In the case of sale queues in service centers, the law enforcement officers promised to investigate.