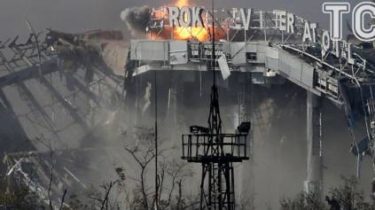 In Donetsk militants for unknown reasons, wanted former employees of the international airport.

“In Donetsk for at least the last 2 months, the militants “DNR” wanted persons from among the former employees of dispatching service of the enterprise “international airport Donetsk them. Sergei Prokofiev”, – he wrote.

According to Tymchuk, in particular, are looking for people who have specific knowledge and skills on organization of control over air space.

In addition, the MP noted that such workers are coordinated by “advisors” from the FSB “MGB DNR”. At the same time, the purpose of the search is unknown.

We will remind, earlier Russia has strengthened control on the border with “LC”. Border guards enter the passport details of people in the computer database of the FSB.