Lost fighter and intensification of the militants by Happiness. How was the day in the area ATO 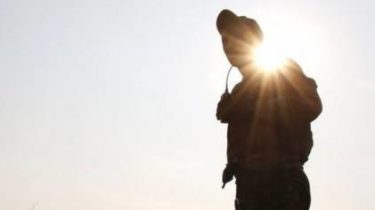 In the past days in zone anti-terrorist operation voltage is moved in the direction of Lugansk, one Ukrainian military was lost, six more – are wounded.

“In General, over the past day illegal armed groups 20 times violated the silence regime. In the fighting 3 of the Ukrainian defenders was injured, 3 got a combat injury, one died, stepped on a mine”, – stated in the message.

#Topod the Construction of the press center of staff ATO in 11.08.2017. The last day in the ATO area has ended and…

Near Happiness and Novotoshkivske in Luhansk region on the Ukrainian positions terrorists fired from mortars and grenade launchers. At a strong point on the approaches to the PPE issued at least 5 min of caliber of 120 millimeters. A night invaders almost half an hour beat from 120-mm mortar at Ukrainian fortifications in the Crimean.

In the seaside direction from mortars, rocket-propelled grenades and small arms militants twice fired at the observation post of Ukrainian security forces near Lebedinsky. Also armed provocations of the enemy fixed in the area of Marinka.

In the direction of Donetsk the shelling of the AFU positions of rocket-propelled grenades and heavy machine guns on the outskirts of the Town, injured one Ukrainian military. In response to our fighters allowed weapons, quickly covered positions of the enemy.

As previously reported, the head of the State border service of Ukraine Petro Cigital said that Russia has strengthened control on the border with Ukraine in the area, which is under control of illegal armed groups of certain regions of Donetsk and Lugansk regions (ORDA).