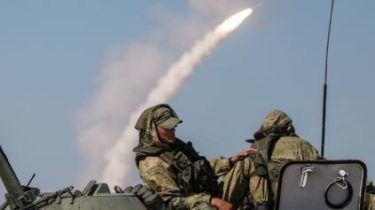 The representative of the press service of the General staff of the Armed forces of Ukraine Vladislav Seleznev explained that means the submission by the President of the Russian Federation Vladimir Putin in the illegitimate state Duma a draft law that will allow Russia to use the air defense of borders of Belarus and Ukraine.

According to strongman, the Russian document is simply adapt to modern realities.

“I want to reassure our viewers. The question concerns purely technical work on this document”, – he declared on air “Radio Freedom”.

“As to the Armed forces of Ukraine, the Air forces of the AFU to perform tasks exclusively in the airspace of our country. So there is no reason for anyone to worry that we may have troubles related to this document”, – said the representative of the General staff.

Seleznev said that during the strategic command-staff exercises of the Ukrainian military had developed various options for the use of the APU in response to any incidents and facts of aggression on the part of the enemy.

“The study showed the level of readiness of the Armed forces to repel aggression on any of the areas,” he added.