The rebels were beaten shells on residential areas Novoluganskoe 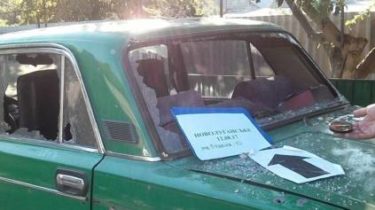 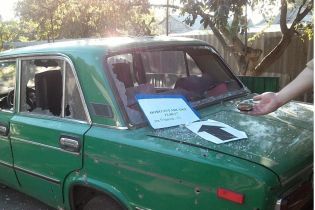 On the morning of August 12, terrorists fired at residential areas of the city Novoluganskoe in the Donetsk region. This reports the press center of staff ATO.

As a result of the fire fighters from the guns of IFV, heavy anti-tank grenade launchers and small arms in a residential house were damaged gas pipe and the resistance power lines, broken glass, hewed the pieces of the wall, porch and fence.

OSCE observers are sounding the alarm: in the Donbas, the number of explosions has increased in 7 times

Was also damaged a car parked near the house.

“Fortunately, anybody from tenants has not suffered. Only narrowly in the house there was a fire in the fire gas that flowed from the damaged pipe. In the next house down the alley Pushkin fragments of anti-tank grenades isecheno wall and fence”, – said in the text.

THE UKRAINIAN SIDE OF THE JCCC: ORDO ILLEGAL ARMED GROUPS SHELLED RESIDENTIAL NEIGHBORHOODS OF THE VILLAGE NOVOLUGANSKOE NEAR SVETLODARSK. Ukrainian St…

Published by the Press center of staff ATO 12 Aug 2017

Security officials say that the invaders have once again disregarded all the norms of international humanitarian law and jeopardize the lives and health of civilians.

“Such actions of the leadership of the ORDO once again demonstrated its unwillingness to respect the ceasefire and conscious fulfillment of the Minsk agreements,” he added at the headquarters.

Earlier it was reported that during the past days in zone anti-terrorist operation voltage is moved in the direction of Lugansk, one Ukrainian military was lost, six more – are wounded.