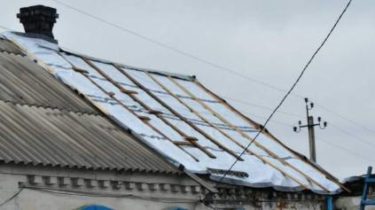 The militants of the illegal armed organization “DNR” fired at residential quarters of Marinka.

Reported by the Ukrainian side of the Joint center for control and coordination of questions of ceasefire and stabilization of the demarcation line.

The shelling occurred on Sunday, August 13, at 6.30 am. Separatists fired from Minsk agreements prohibited the 82-mm mortars, automatic grenade launchers.

One of mine fell in the roof and walls pokla HOMESTEAD building residential building on the street Shevchenko. Among local residents there were no injuries.

The Ukrainian side has condemned the actions of militants of using banned weapons on human settlements that endanger the life and health of the civilian population.

“Such actions of the ORDO indicate interest in further escalation of the conflict are unwilling to respect the ceasefire and conscious failure to comply with the Minsk agreements”, – stated in the message.