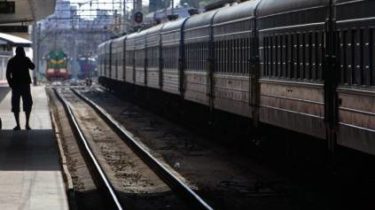 Sunday, August 13, after 17 hours unknown reported about mining of the Central train station in Kiev.

After this all employees and the passengers evacuated.

At about 18.10 the station re-opened, the explosives were not found.

In “Ukrzaliznytsia” reported that delays in the movement of trains, passengers boarding was carried out through the adjacent building transitions.

We will remind, at the station of the Grave, in the North of Poland, because of the threat of explosion from the train “Warsaw-Berlin” evacuated all the passengers. According to local police, in common with the station in the Kujawsko-Pomorskie Voivodeship have taken about 600 people who were riding in rolling stock and lived in the surrounding houses.