Ukraine plans to privatize the Studio them. Dovzhenko and state circuses media 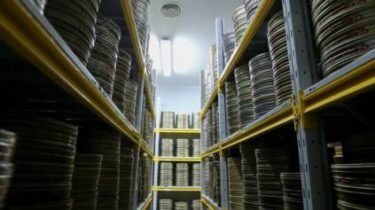 Ukrainian state circuses and film studios made the list of objects, subject to privatization in the period of 2017-2020.

About it reports “Mirror of Week”.

The Ministry of economic development and trade plans to sell the National film Studio them. Alexander Dovzhenko, Ukrainian Studio of chronicle-documentary films, the Ukrainian film Studio of animated films.

The state property Fund announced the launch of the energy privatization: sale of shares of 8 companies

Earlier it was reported that during the 2017-2020 years Ukraine plans to pay for the privatization of state-owned enterprises 893, which, in General, there are 3444. The corresponding list, which is still 4 July Cabinet approved, announced the Ministry of economic development and trade.

In the list for partial or full privatization there are many large enterprises, including “PrivatBank”, “Oschadbank”, “Ukreximbank”, “Ukrgasbank”, the State food and grain Corporation of Ukraine (SFGCU), “Tsentrenergo”, “Agrarian Fund”, “Turboatom”.