GPU presented the results of the investigation of the Ilovaisk tragedy 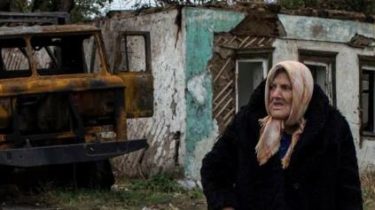 The Prosecutor General’s office has published the results of an investigation of the events in the so-called “Ilovaisky boiler” in the Donetsk region, which killed over 360 Ukrainian fighters.

The text States that the decision about clearing Ilovaisk of terrorists was made on the background of prior successful operations and to establish control over the supply lines continued to be enabled to surround and release the city of Donetsk from terrorists.

Ilovaisky hell. Confession four men, who managed to get out of the boiler

At the time of surgery and had the large-scale invasion of Russian troops in the night from 23 to 24 August 2014. The invasion force of the armed forces consisted of nine battalion tactical groups: 3500 personnel; 60 tanks; up to 320 BMD (BMP); 60 cannons; up to 45 mortars; 5 anti-tank systems.

Given the real threat of invasion of Russian troops, Mat had sufficient strength to increase the contingent of troops at the Donetsk direction and defense of the state border. In the result of the throwings of the Russian forces in Ilovaysk battalion “Dnepr-1”, “Peacemaker”, “Svityaz”, “Kherson”, “Ivano-Frankivsk”, “Donbass” was surrounded by the enemy, who greatly outnumbered by the number.

The command of the ATO forces started negotiations between the head of the anti-terrorist operation Victor Muzhenko, representatives of the Russian General staff, particularly the Deputy chief of the General staff of the Russian Federation Nikolay Bogdanov, and also at the level of the management of sector of “B” and units of the armed forces, to provide a guarantee of safe passage for the exit of the fighters.

Between Muzhenko and Bogdanov held 12 phone conversations, the results of which the Russian Federation has provided guarantees for safe exit of the Ukrainian military from the environment via approved routes.

“August 29, 2014 at the direct orders and the orders of the command of the General staff of the armed forces of the Russian soldiers shot heavy weapons columns Ukrainian soldiers, together with three captured Russian paratroopers,” – said in the message.

Were killed 366 Ukrainian soldiers, 429 – were injured varying degrees of severity, the 300 were captured, and the APU suffered loss of arms and military equipment for the sum nearly 300 million UAH.

“According to conclusions of experts and a range of other evidence, the only factor which is in direct causal connection with the Ilovaisky tragedy is the military aggression of Armed Forces of the Russian Federation in the form of a direct invasion on the territory of Ukraine and conduct further military of the aggressor country of war crimes,” – stated in the investigation results released by the GPU.

The suspicion was communicated to the Deputy of the General staff of the Russian Federation Bogdanov, who exercised command and control of units of the armed forces during their invasion of the territory of Ukraine in August 2014 and in Association with others he organized the murder of Ukrainian security forces under Ilovaiskaya.

The results of the investigation of the hybrid war of Russia against Ukraine as a whole is being brought to criminal liability for the offences indicated 89 people, including 43 citizens of the Russian Federation, including 20 officers, including 11 people from among the leadership of the armed forces (defense Minister Sergei Shoigu and his first Deputy – the chief of the General staff Valery Gerasimov and 9 generals). All they wanted, the court granted permission for their detention.

States that the volume of materials of criminal proceedings is more than 1100 volumes (of which over 550 are classified as “Secret” and “top secret”).

By results of investigation it was established that the invasion of units of the armed forces of the Russian Federation and further Russian occupation of separate districts of Donetsk and Lugansk regions took place due to the low level of combat readiness and combat capability of the Armed forces of Ukraine during the presidency of Viktor Yanukovych, the numerous cases of desertion and insubordination of the army in that period, and also separate errors of ATO guidance in the planning and conduct of military operations.

According to experts, occurrence of serious consequences in the form of the death of Ukrainian troops and loss of weapons and military equipment in the area of Ilovaysk, Donetsk region is associated with large-scale invasion of Russia to the Donbass.

Videooborudovaniya new circumstances in the case of the Ilovaisk tragedy

Recall, the battle for Ilovaysk began in August 2014. August 18, the part of the Ukrainian volunteers were able to enter the city and take control of part of it, but after the invasion of large forces of the Russian Federation, they were surrounded. August 29 night, Russian President Vladimir Putin appealed to the militants with a call to open a humanitarian corridor for the Ukrainian military were surrounded. In the morning, the Ukrainian military organized columns began to move out of the city, the convoy was shot by the terrorists.