In the Donbass Russian military detonated a grenade while stealing watermelons, there are dead – intelligence 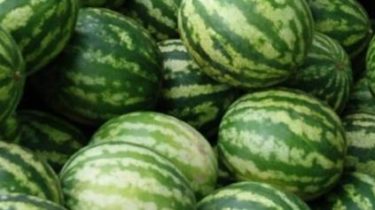 In the Donbas, the Russian military tried to steal watermelons, staging a fight with the locals.

“12 August soldiers 9 separate assault Marines (Novoazovsk) 1 AK trying to steal watermelons started a fight with the civilian use of weapons”, – stated in the message.

According to intelligence reports, the mercenaries during the battle detonated a hand grenade.

As a result of the incident killed a civilian and a military 1 AK, another was injured.

Earlier, a Russian officer was beaten to death by mercenaries in the Donbas. From the hands of the military suffered four of his subordinates, one tried to commit suicide.