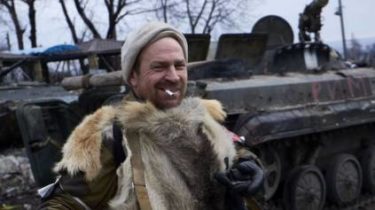 To fighters on Donbass came to the Commission to check the completeness of the military equipment, weapons and personnel parts of the “1 St of AK DNR” and “2nd AK LC”, which found mass alcoholism and drug addiction among the mercenaries.

“From August 1 in the temporarily occupied territories of Donbass working Committee of representatives from the staff of the 8th army of the armed forces”, – he wrote.

Referring to the preliminary data of the Commission, Tymchuk noted that in “the 9th separate motorized rifle regiment assault Marines 1 St of AK DNR” (Donetsk region) among the personnel revealed an extremely low level of morale.

“Among the recorded reasons – the massive and systematic use of the staff of “the regiment” of alcohol and drugs (cannabis),” said the MP.

Earlier, the intelligence reported that in the Donbass are prone to alcoholism and drug addiction fighters sent to the front.