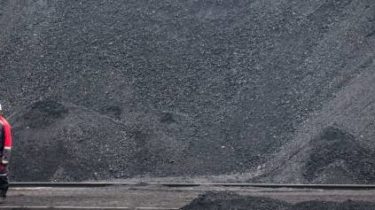 In the city southern Odessa region sea trading port “southern” today, August 14, began the unloading of the third bulk carrier (specialized vessel for the carriage of goods in bulk) of coal, which arrived from South Africa.

The ship Panamax SBI Reggae came under the flag of Liberia. It – anthracite coal. This writes UNIAN referring to the press service of the state enterprise “MTP “Yuzhny”.

“75 thousand tons of anthracite is scheduled to unload in two days”, – reported in the port.

SOE has sent to the Ukrainian thermal power plants, more than 150 million tons of coal. Unloading of two vessels lasted 4.5 days, and sending 2100 cars with anthracite energy is completed in 22 days. This was stated by the acting Director of “ICC “South” Vitaly Zhukovsky.

“Production equipment, gantry cranes Tukan work at rated speeds and on schedule, the railroad time to provide the necessary number of wagons. Discharge pattern works like a Swiss watch. Panamax SBI Reggae its characteristics are not different from previous ships, so be sure that all work will be completed on schedule,” Zhukovsky said.