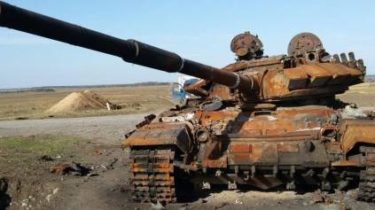 The head of the anti-terrorist operation Victor Muzhenko 12 times talked on the phone with the Deputy chief of the General staff of the Russian armed forces Nikolai Bogdanov regarding the withdrawal of Ukrainian troops from the environment in which they were under Ilovaiskaya in 2014.

This is stated in the results of the investigation of the Ilovaisk tragedy, announced by the GPU.

“The command of the ATO forces was the main objective of preserving the life of Ukrainian soldiers. With this aim, negotiations started between the head of the ATU Victor Muzhenka and Deputy chief of the General staff of the RF armed forces Nikolai Bogdanov about the guarantee of safe humanitarian corridors to exit the environment of the military personnel of armed forces of Ukraine and other military formations”, – is spoken in the message.

It is also noted that negotiations continued on the level of management of sector of “B” and units of the armed forces of the Russian Federation to guarantee safe humanitarian corridors to exit the environment of the military personnel of armed forces of Ukraine and other military formations of Ukraine.

As the investigators found, after conducting 12 telephone conversations during August 26-28, 2014 the Russian side has provided guarantee safe exit of the Ukrainian military from the environment in non-combat order on the agreed routes.

“Additional guarantee of safe passage was to be three captured Russian paratroopers, which was agreed to transmit them to members of the Armed Forces of the Russian Federation after leaving the environment”, – emphasized in GPU.

However, on 29 August 2014 at the direct behest and order of the command of the General staff of the armed forces of the Russian soldiers shot heavy weapons columns Ukrainian soldiers, together with three captured Russian paratroopers.

“The investigation ascertained that in the course of negotiations the representatives of the armed forces deliberately delayed the time for arranging tactically advantageous firing positions with a route of the movement of ATO forces”, – assured the investigators.

We will remind, today, on August 14, the PGO presented the results of the investigation of the Ilovaisk tragedy. The Russian Federation to guarantee safe passage of soldiers, but they were shot actually in focus.