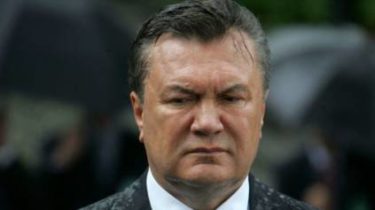 The first President of Ukraine Leonid Kravchuk on the day of the beating of students on the Euromaidan on 30 November 2013 together with Viktor Yanukovych went hunting and had dinner in the restaurant.

He told this in an interview on NewsOne channel.

According to Kravchuk, in 2013, he basically every week to go hunting with Yanukovych and his entourage. The last joint hunt took place on November 30.

“On Friday (29 November – Ed.) he flew in from Europe, where he refused to sign the documents of the Association (between Ukraine and the European Union – Ed.) Saturday was hunting, and the first thing he asked when they met: “Victor Fedorovich, tell us how it was.” And all praised him very much that he did the right thing…” – said Kravchuk.

In the words of the first President, after he criticized Yanukovych for his decision, he began to push the environment of the fugitive, but he told them to shut up. After a hunt, former presidents and the rest of the company went to dinner.

“I didn’t react to it, because, in fact, the situation was complicated and we knew that on the Maidan are going to students. When finished hunting, we went to dinner, sang songs… what is it called when you sing on television? Karaoke,” recalled the former President.

According to Kravchuk, Yanukovych liked to sing karaoke and do it that day, when independence began to gather students. The first President expressed the view that the beaten activists without the consent of Yanukovych.

“I think so. It was this: the beating took place, then it is already informed about this, he came and said that I should go to Kyiv”, – added the President of Ukraine.

Videoanalise recorded a new video message regarding his trial