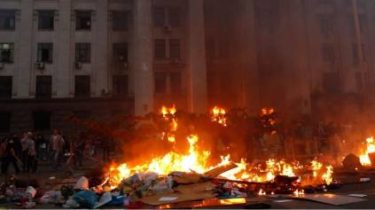 The defendant in the case of the Odessa may 2 – Vladislav Ilnitsky – fled from Ukraine and were detained by Russian border guards at the airport “Domodedovo” when trying to enter the territory of the Russian Federation.

About this Facebook said the former journalist from Odessa, convicted for an assassination attempt on the territorial integrity of Ukraine, Artem Buzila.

LIGHTNING! The defendant on may 2, Vladislav Ilnitsky, more than a year in detention in the Odessa SIZO (knew him in t…

“Is now, apparently, in prison, where he faces deportation”, he suggested.

Interfax-Ukraine citing the press-service of Prosecutor’s office of Odessa region reported that the defendant on trial in the city court of Ilyichevsk (Black sea Odessa region) did not come: a lawyer not communicating with client and there is no information on exact place of stay.

In turn, the former Deputy of the Odessa city Council from party “homeland” Igor Dimitriev reported in Facebook that Ilnitsky came to Russia to seek political asylum.

“On the border, he did not dissemble and tell you what came with tourist purposes, to bow to the Lenin mausoleum and the Kremlin walls, and said: “I am the defendant in the case on may 2, asking for asylum.” The result has been detained and is preparing to send home,” he wrote.

Earlier it was reported that the former head of militia of public safety of Odessa and the defendant 2 may fire at House of trade unions Dmitry Fuchedzhi has been granted Russian citizenship.