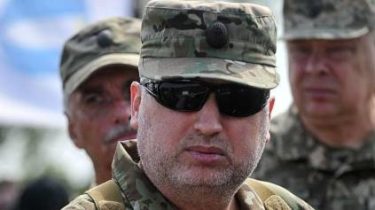 Enterprises of the Ukrainian defense and aerospace complex were supplied arms and military technology to North Korea. This was stated by the NSDC Secretary Oleksandr Turchynov, commenting on the information published in The New York Times.

According to the NSDC Secretary, submitted the article information on the transfer of “Yuzhmash” of missile technology to North Korea about.

“This information has no grounds, is provocative in content and, most likely, provoked by Russian special services to cover up their own crimes,” – said Turchinov.

Ukraine has not violated the undertaken international obligations and supports all sanctions against the DPRK.

“Ukraine is not supplying rocket engines and missile technology to North Korea. We believe that this anti-Ukrainian campaign provoked by Russian special services to cover up its involvement in North Korea’s nuclear and missile programs,” concluded the Secretary of the NSDC of Ukraine.

The New York Times in his article, citing expert analysis and assessment of the us intelligence claims that “the success of North Korea to test an Intercontinental ballistic missile that could conceivably reach the United States, became possible through the acquisition of powerful rocket engines on the black market, most likely, from the Ukrainian plant”.