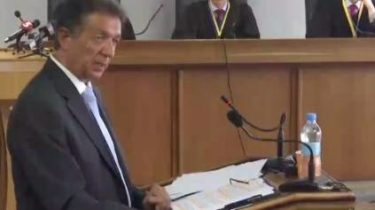 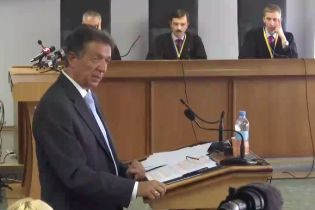 In March 2014, Russia has provided to the appeal deprived the title of President Viktor Yanukovych on the introduction in Ukraine of Russian troops the status of an official document at a meeting of the UN security Council.

This was stated during the interrogation in the Obolon district court of Kyiv prosecution witness, former representative of Ukraine to the UN Yuriy Sergeyev.

“Yanukovych’s appeal was not simply read and displayed. The morning of the same day the delegation of the Russian Federation granted him the status of an official document of the UN security Council,” – said the diplomat.

According to Sergeyev, the appeal was circulated among the members of the security Council as an official document.

Thus, according to the former permanent representative of Ukraine to the UN, Russia has used the appeal of Yanukovych to send troops to distance itself from accusations of occupation of the Crimea and to legitimize aggression on the Peninsula.

In January the Prosecutor General of Ukraine Yuriy Lutsenko has published an official letter from the Secretariat of the UN, in which former President Viktor Yanukovych asked the UN to send Russian troops into Ukraine. He stressed that all the Ukrainian consequence materials recognized by the UN as official documents provided by the Russian Federation. At the same time the Prosecutor General’s office disown the document: they claim that any application of Yanukovych was not the reason for the appeal of Russian President Vladimir Putin to the Federation Council for permission to use Russian troops in Ukraine.

As previously reported, Obolon court of Kyiv allowed the special court proceedings in the case of Viktor Yanukovych. This permission provided because of the absence of Yanukovych, who would have to go with the court on the Skype connection.