Akhmetov has bought a blocking stake in Donetskoblenergo 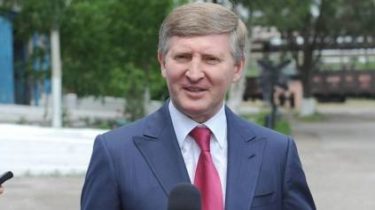 The buyer of a blocking stake (25%) , PJSC “DTEK Donetskoblenergo” during the auction of the state property Fund (SPF) on Wednesday was the company Ornex – it is part of the SCM group, which is owned by oligarch Rinat Akhmetov.

The city Council extended the contract with “Kyivenergo” Akhmetov

“Strategic management has been and remains for DTEK as the majority shareholder, which owns 71.5% of the shares of PJSC “DTEK Donetskoblenergo”, – stated in the SCM.

We will remind, in July the state property Fund declared the beginning of carrying out of auction with price increase on the sale of shares 8 energy companies, among which were “Donetskoblenergo.” The starting price of 25% of the shares amounted to 143 million UAH.